Interactive technologies exist to help non-musicians acquire musicianship skills using software-based instruments. These systems are accessible to non-musicians allowing them to create music, like playing chords and scales, with greater ease than traditional acoustic instruments. However, one component of composition, the use of Digital Audio Workstations (DAWs) to record musical ideas, still require prior musicianship knowledge in order to operate. One goal of this project was to narrow the gap of accessibility of a DAW from being exclusive to musicians. This was accomplished through the development of an integrated tutorial game system based on a review of the literature on interactive music systems and DAWs. After developing our prototype, we surveyed students in order to receive feedback on the viability of our tool to facilitate DAW-based composition with accessibility. The data suggest that our prototype has such potential.

Under the supervision of Professor Vincent J. Manzo

Below is a screenshot of the developer environment used in the process of making the DAW and tutorial game. 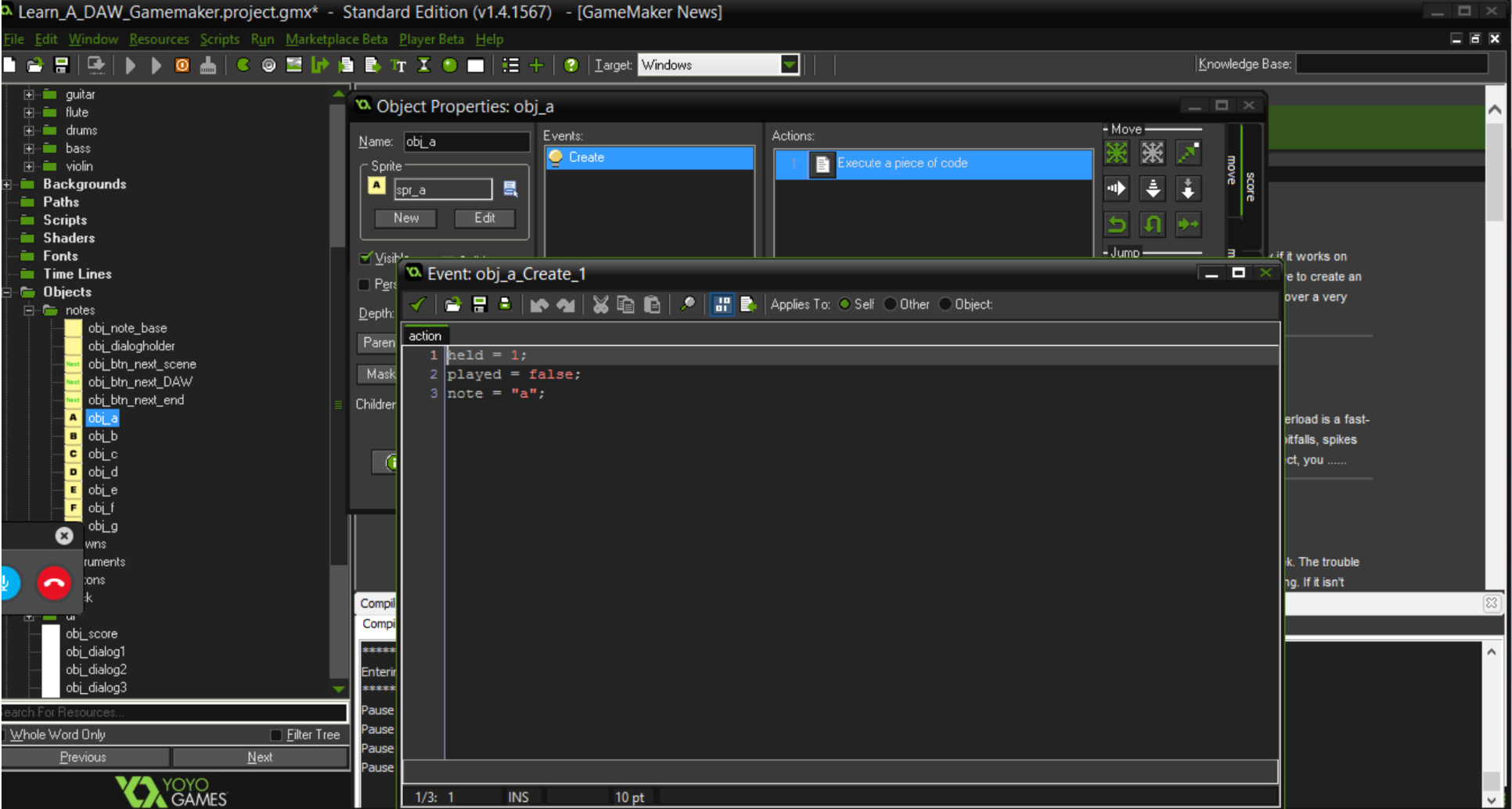 Below is a screenshot of the plot within the tutorial game designed. 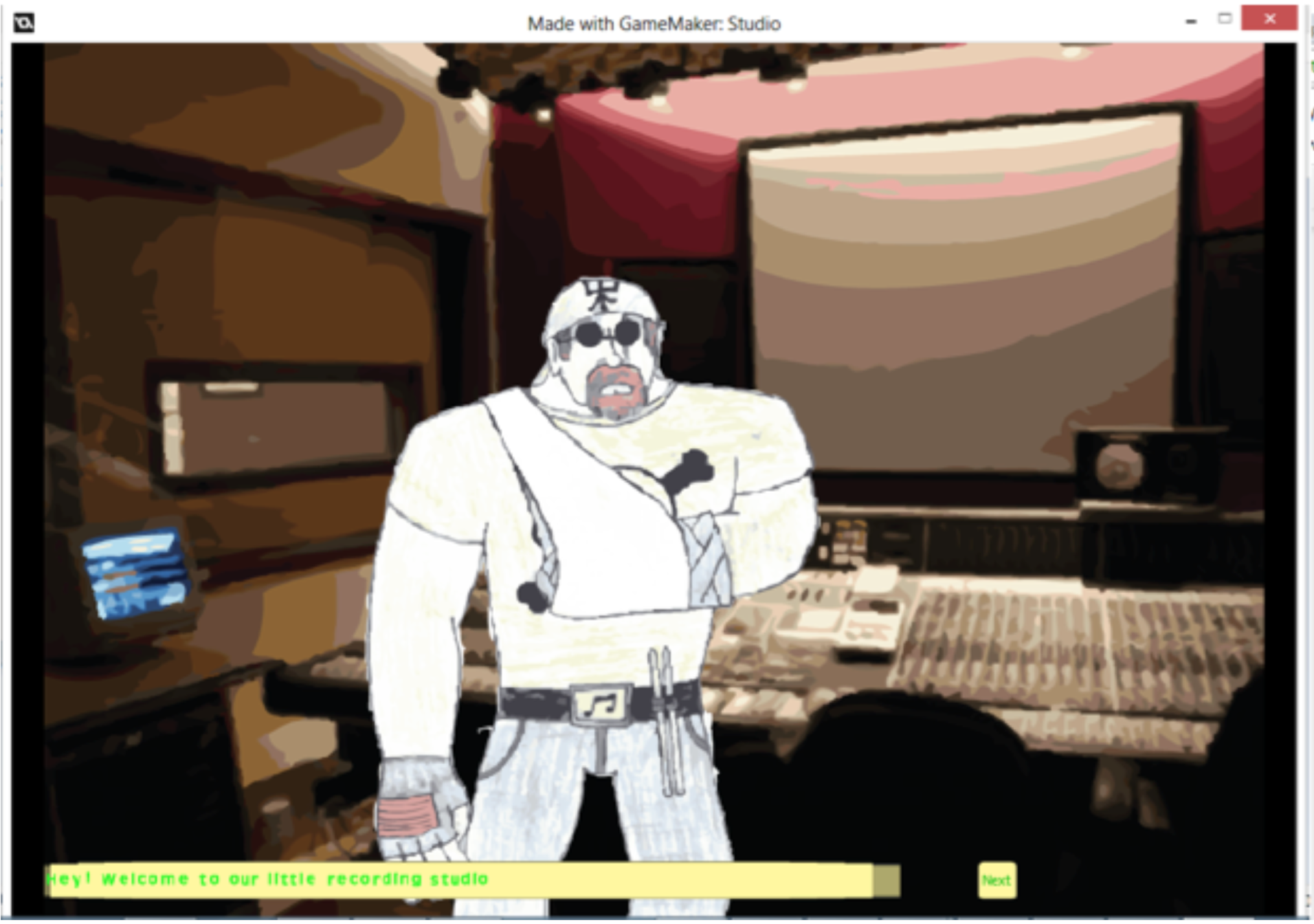 Below is a screenshot of the DAW designed for the tutorial game prototype. 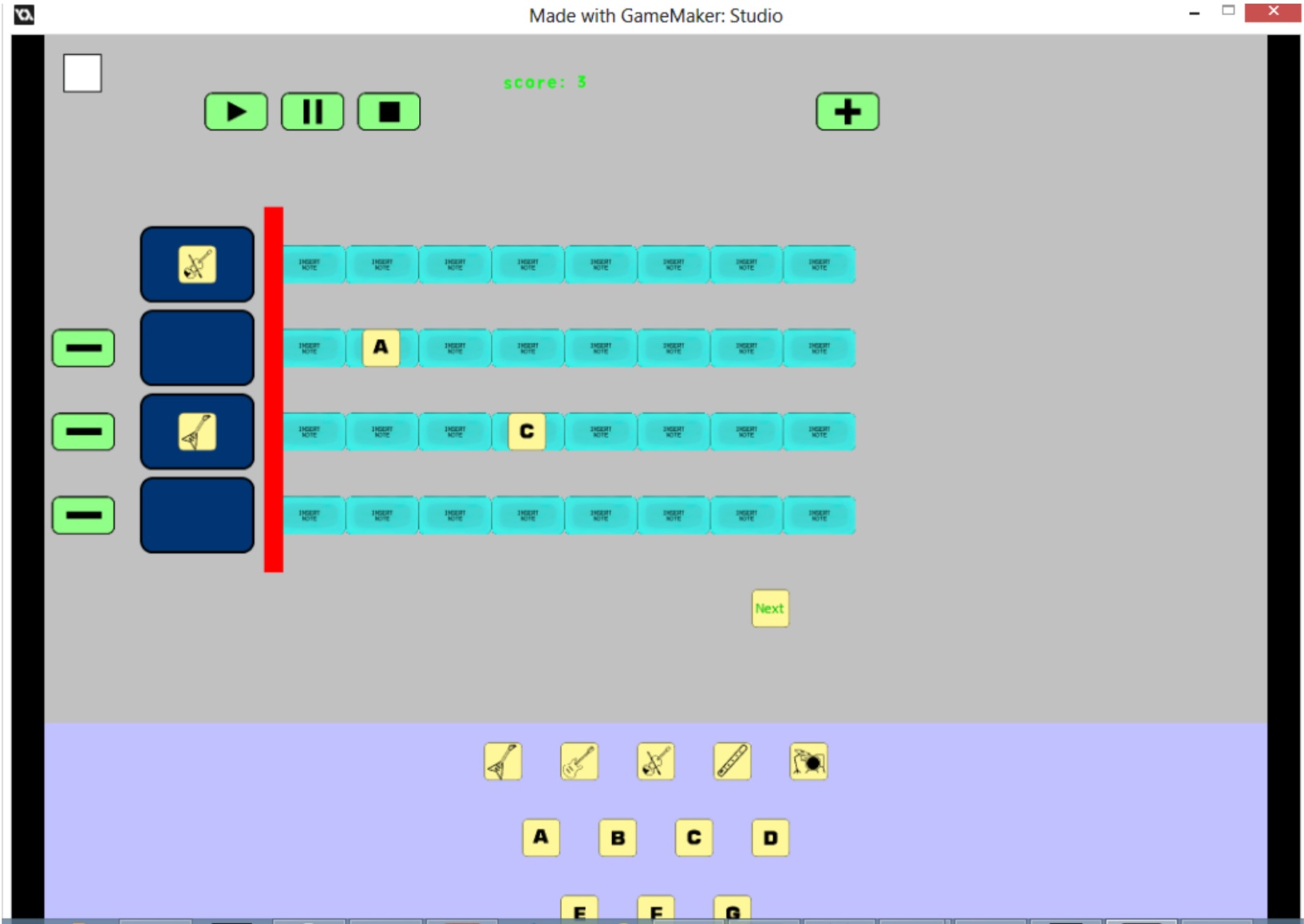